**DISCLAIMER** I am not a lender and by no means a financing expert. This is just my $.02 that I wrote for a real-estate finance class in college.

The Subprime mortgage has recently made a return. This is crucial to understand in order to avoid falling into the same pitfalls that we did in 2006, 2007, and early 2008. I am inherently a little reluctant to trust that the subprime mortgage will be any safer now than it was last decade, but perhaps it will be implemented in a way that protects the borrower a little more? Let’s see!

An article by CNBC quoted the California-based Carrington Mortgage Service as saying: “We believe there is actually a market today in the secondary market for people who want to buy non-prime loans that have been properly underwritten,” said Rick Sharga, executive vice president of Carrington Mortgage Holdings. “We’re not going back to the bad old days of ninja lending, when people with no jobs, no income, and no assets were getting loans. (Olick, 2018)” Okay, at least they acknowledge how dangerous the original methodology of “underwriting” people for subprime mortgages was. 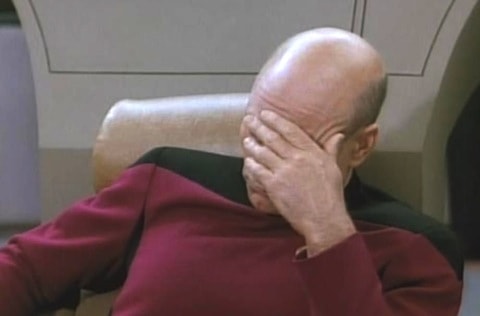 It appears these loans are going by the name of “Non-prime Mortgage” now, which just sounds like legalese designed to find loopholes in the regulations on Subprime mortgages. These non-prime mortgages have relaxed lending standards that allow for people with credit scores as low as 560 (one website stated 500) to potentially qualify. They also increased the debt to income DTI from 45% to 50% citing the justification that millennial’s often carried more debt (student loans plays a large role here) and that was hindering their ability to purchase real estate.

Check out my post on creative financing for alternate lending options!

Lenders have stated that they require a 20% down payment to qualify for a non-prime mortgage (some companies require 30%). Theoretically, these mortgages are targeted toward the self-employed individual who does not have a W-2 but makes a healthy income. The problem is this could also apply to the kid that just inherited a decent amount of money, and has low credit because they are terrible with their finances.

“One of the biggest differences of non-prime loans is their length: 40 to 50 years at fixed rates that leads to paying more interest, compared to conventional 30-year fixed mortgages, Kadimyan says. If a “teaser rate” is offered — such as on an adjustable rate mortgage — it could only last a few years and then adjust according to the index it’s tied to. (Crowe, 2018)” Can you imagine getting locked into an adjustable rate mortgage that could theoretically last longer than you live? That sounds insane to me.

Obviously, you can refinance out of this loan, sell the property, or pay it off faster, but I don’t think most will do this. I fear that young people will look at the lower payment due to the long-term and purchase a bigger house, rather than save the difference. This theory seems justified because of what I have witnessed people do with the new 7-8-year financing options for vehicles. This article states that someone with a 580-credit score might start with a 7 percent interest rate. Then, after a few years, it could slowly begin to climb, as with all adjustable rate mortgages.

It is still very early in the game for these non-prime mortgages, but apparently, around 90% of the people who apply for them are approved. These loans are up to 1.5 Million Dollars, and they come with some risky payback plans. Keep in mind that 90% approval rate is for people that generally don’t qualify for traditionally (safely) underwritten loans. This sounds entirely too familiar to what I have read happened in 2008.

I don’t believe we have changed as much as we would like to think we have. Bringing back non-prime mortgages is a dangerous way to approve homebuyers for loans. I fear some of them will be approved to buy homes that they can’t afford. We are opening the floodgates to people with low credit scores and a history of late payments, bankruptcy, and/or foreclosure…I fear that this can’t end well.

Check out my post on creative financing for alternate lending options!

Hunter, B. (2018, 10 18). Subprime Loans Are Back, Proving We Have Learned Nothing from 2008. Retrieved from Foundation for Economic Education